Thirty years in the future, en route to a distant colony, the Robinson family finds itself thrown off-course when their ship crash-lands on a mysterious and dangerous planet. Will Robinson has a close relationship with the alien Robot he found on this planet. But, things have become complicated by the fears of the other colonists and he has been forced to hide his friend away. But there is still danger from an unexpected and lethal source…

After a manmade retro-virus devolves 99% of the planet’s DNA to an ancient era (birds to dinosaurs, plants to primeval flora), a band of survivors must trek across a ‘prehistoric’ America to reach a secret government bunker and save the cure from a religious cult intent on its destruction.

“Rob” is a new series set far in the future – when our world has been depleted of resources and society has reverted to medieval feudalism. “Rob” is a bold and different retelling of the Robin Hood mythos. Battling the evil Chevaliers Sinistre, a secret order of highly-trained Gaulish knights, Rob and his rag-tag bunch of friends head East on a quest to find a mystical weapon from the ancient past; a quest that will start Rob on the own path to his destiny – as the world’s most famous outlaw…

A new comic series based on my own IP – details to be announced. 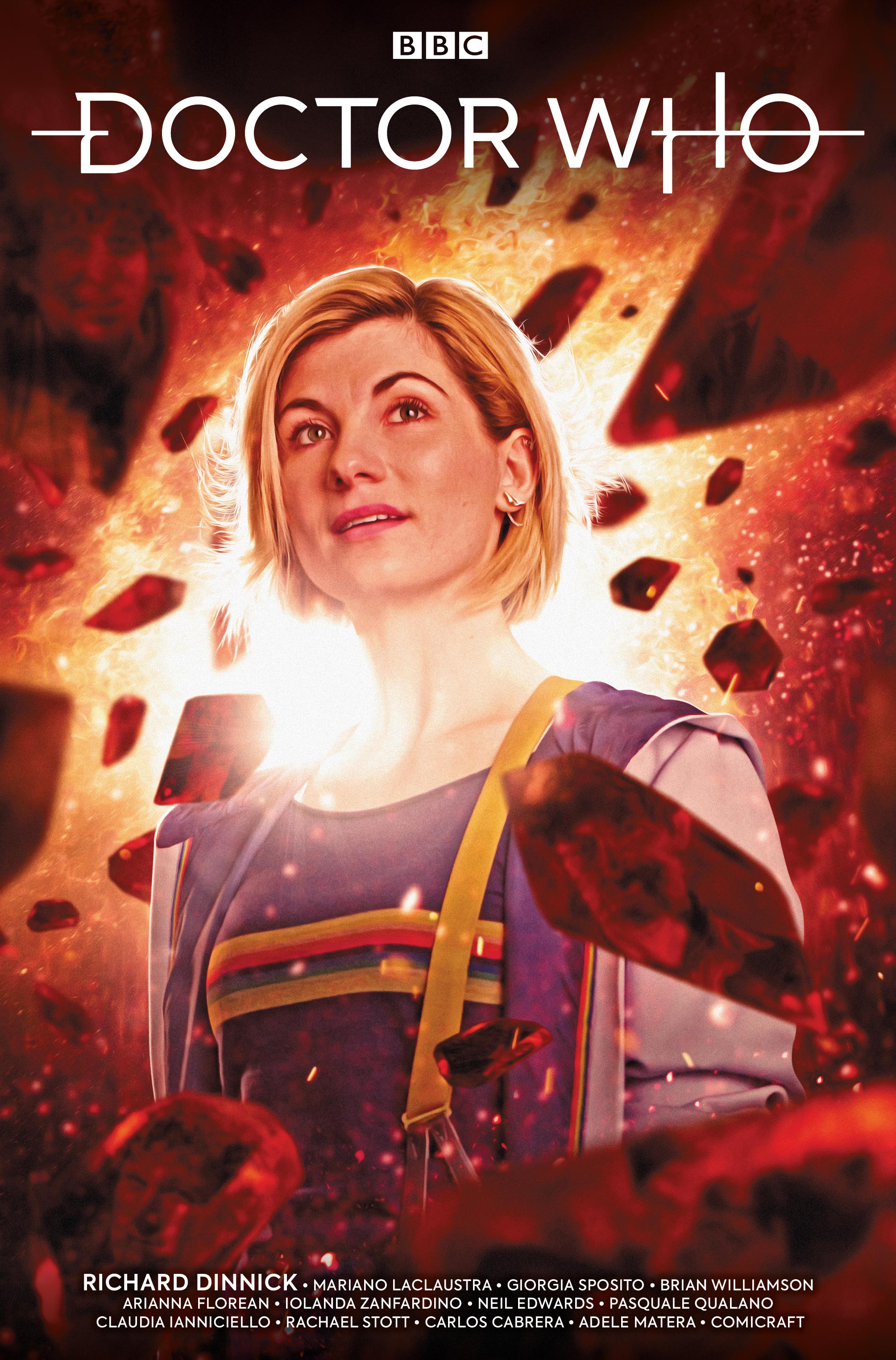 Doctor Who: The 13th Doctor Volume #0:
The Many Lives of Doctor Who
Titan Comics
October 2018

The ultimate celebration of the Doctor’s many, many lives: a perfect beginner’s guide and a brilliant tribute for long-term fans to enjoy! It’s said that your life flashes before your eyes when you die: as the Doctor regenerates from his Twelfth incarnation to her Thirteenth, she relives memories from her many incarnations, showcasing unseen adventures from EVERY version of the Doctor! 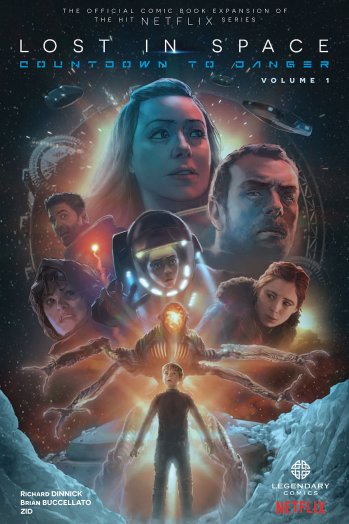 Thirty years in the future, en route to a distant colony, the Robinson family finds itself thrown off-course when their ship crash-lands on a mysterious and dangerous planet. On this strange new world, they encounter a hostile environment and an enigmatic alien robot. Before that happens, though, secrets are revealed aboard their colony ship, the Resolute… 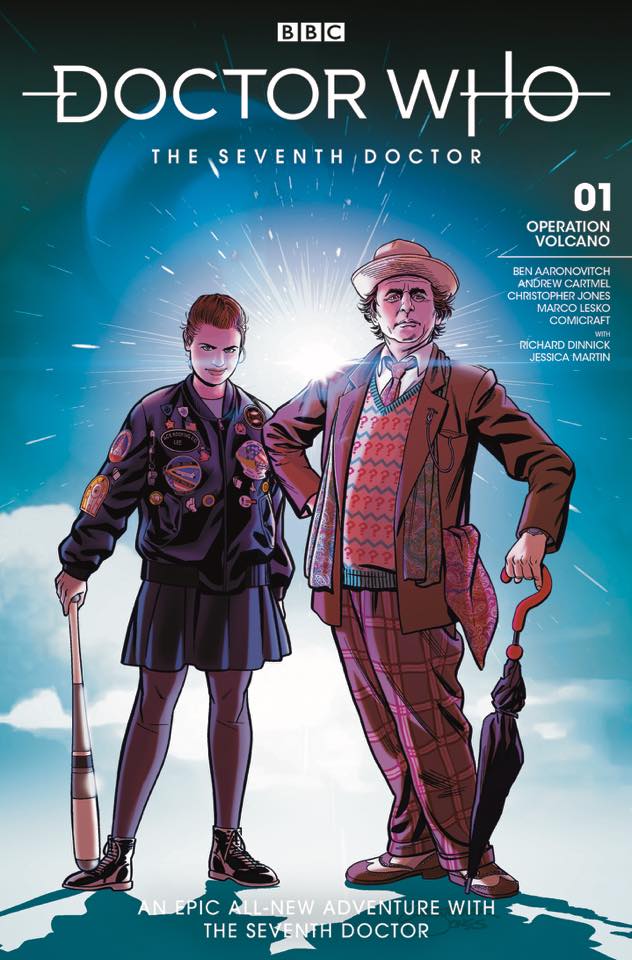 Mags the werewolf (The Greatest Show in the Galaxy) invites the 7th Doctor and Ace to the 1,000,000th performance of the Psychic Circus. But does she have an ulterior motive…

The Doctor and Bill arrive on a starship where the crew are being picked off, one by one. The Doctor thinks it might be the golden-haloed hosts the ship is transporting – but what else is lurking in the cargo hold? 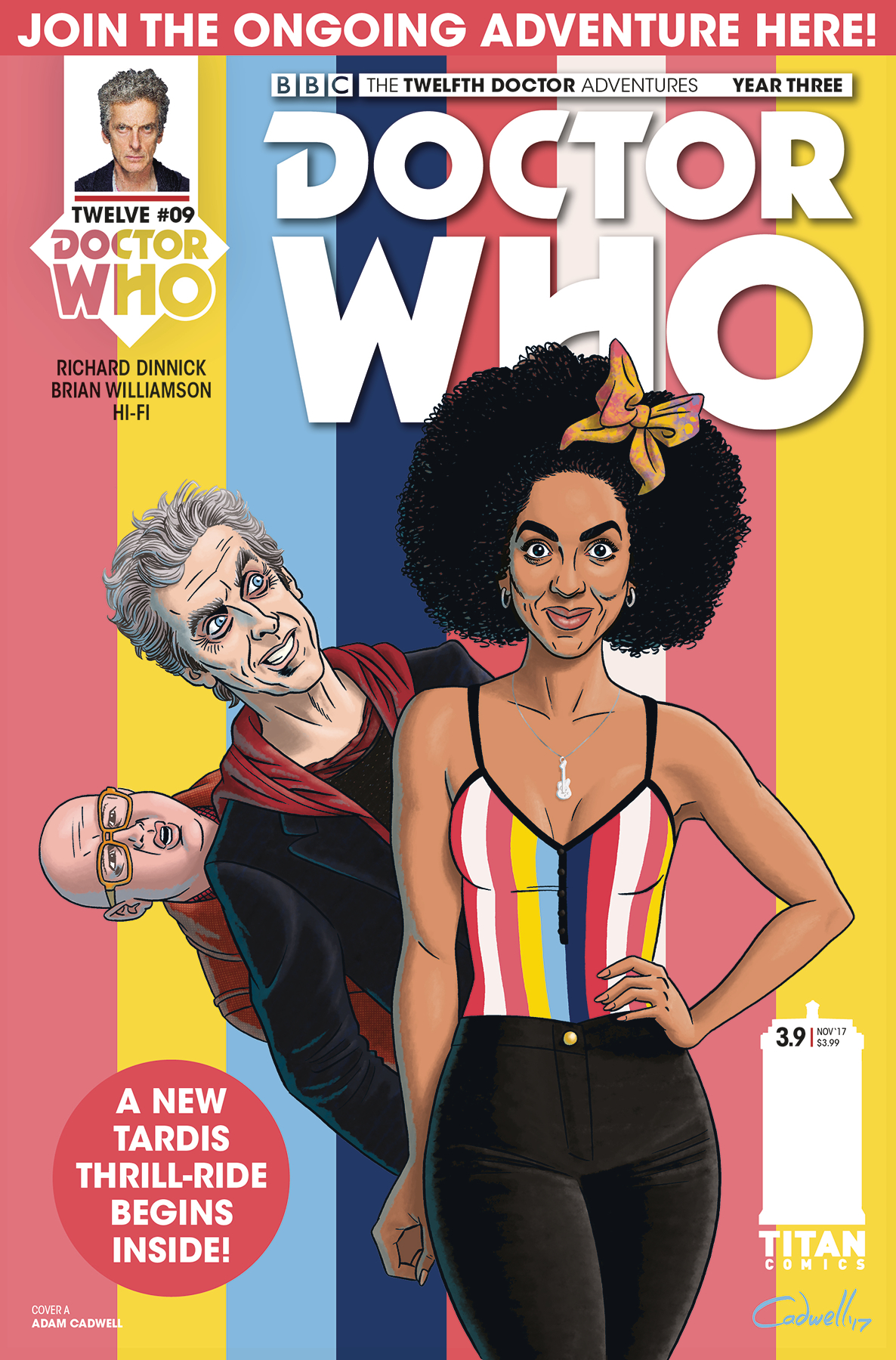 When something goes wrong with the Vault, the Doctor takes Bill and Nardole to find replacement parts at the biggest shop in the cosmos – The Übermarket. But Bill is soon distracted by a lost child…

When the Doctor and Bill get entangled in the hunt for an impossibly-rare action figure, their journey takes them on an adventure they won’t forget. 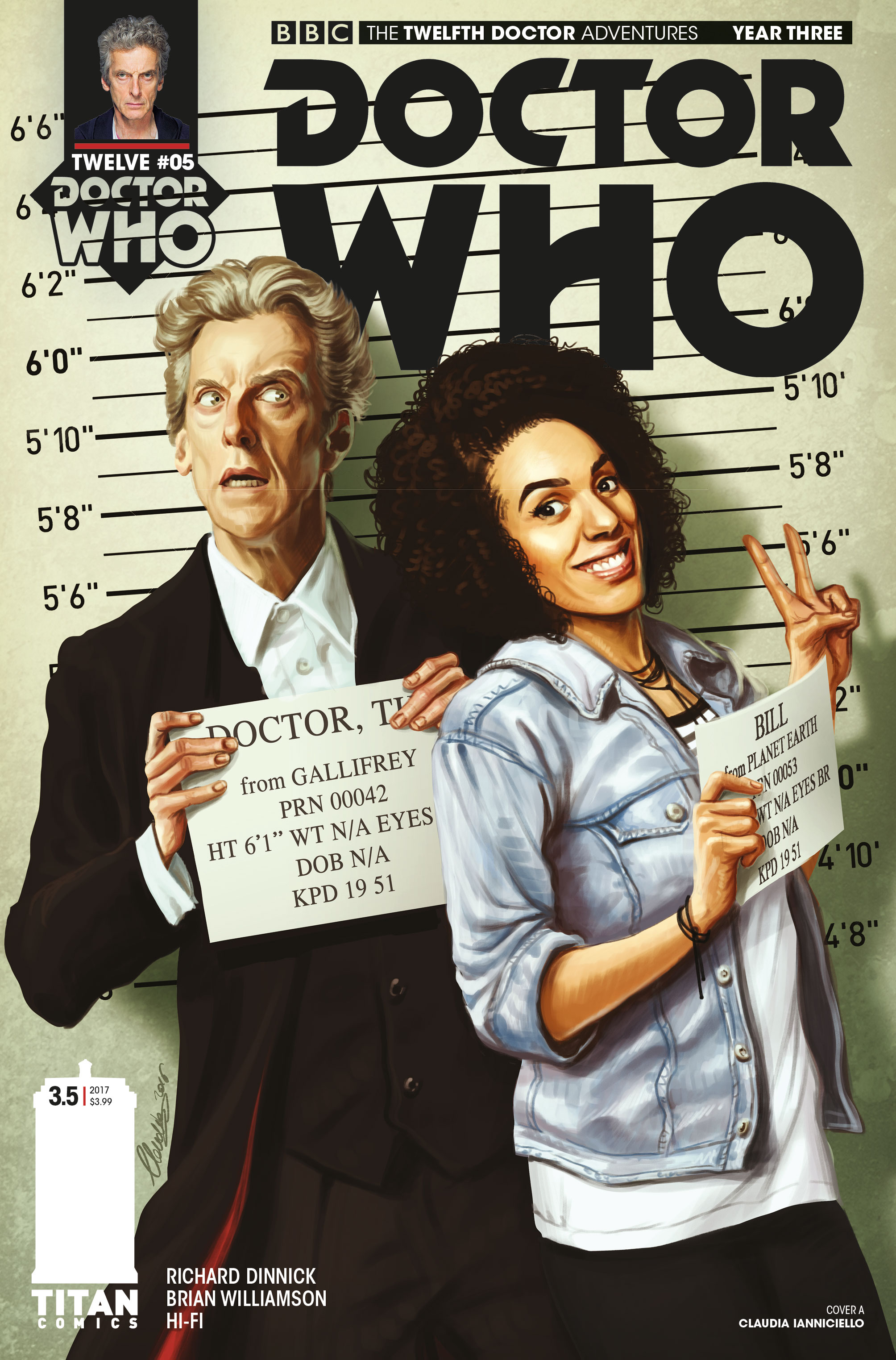 Titan’s third year of 12th Doctor adventures continues with a new story featuring his old enemies, the Ice Warriors and a group of Vikings…

When the 11th Doctor discovers a stray alien in the jungles of Peru it leads him into an adventure on an alien world about to celebrate a strange solstice. And he will soon encounter a race he never thought he’d see again – his own!

Arriving at the Shackleton Crater on The Moon in 2039, two Earth astronauts in search of water find the Eleventh Doctor and Amy Pond already there. They also find something lurking in the crater that’s been dormant for a long time, waiting…